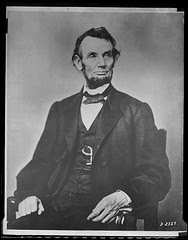 Back To the Future.

I was listening to my favorite talk radio station the other day, hoping to expand my knowledge of current events, newsworthy science breakthroughs and…okay, fine. Y’all know me by now. It was the celebrity gossip station. Happy?

Anyhoo, the topic was “What makes you feel sexy?” And it literally stopped me in my tracks. I paused. I had to think long and hard before I hit upon the answer:
…I’d need a time machine.
For reals, people, it’s been years. There was a time, mind you, when I felt pretty darn sassy a lot of the time– back when I wouldn’t think twice about leaving my apartment after 10:00 p.m. to go dancing and my only dependent was a neurotic feline named “Fred.” The only thing he required of me was that I leave the bathtub faucet dripping, so he could sit under it and let it hit him in the forehead alllll day long, like kitty chinese water torture. (I loved that cat. He had character.)
Nowadays, I won’t leave my house on a weekday evening for anything short of a housefire, and 10:00?!!! What am I? A vampire?! Good golly, NO.
It was a bad time to be confronted with the question. The day before I had thrown out my back. If I had hurt myself during a training run, or lifting weights, I might have considered it a badge of honor. But no. I hurt myself bending over to pick up a tee shirt from a laundry basket. And what isn’t sexy about being vanquished by a six-ounce rectangle of cotton, I ask you? My big achievement for the day in question was managing to take a shower. I was wearing no makeup– I hadn’t so much as brushed my hair. I even lacked the energy for the weekly chin hair patrol– which is extremely unadvisable. I can’t ignore it too long, or the sad truth is I start to resemble Abraham Lincoln.

Not tonight dear, I have a backache.
The thought nagged at me all day, followed me like those annoying clouds of summertime gnats. As if I wasn’t already crabby enough, what with my back and the emerging mutton chops.
Later that evening, I lay on the couch in our family room, watching tv. Since the television lives in our basement, which is freezing, I was wearing my thick, black micro-fleece robe with a hood. The one that makes me look like a fat druid priest. I was also crocheting, which is just another super sexy thing that I do.
A commercial came on for a new sit com, one I particularly despise on principle: just because one is a comedienne, doesn’t also make you a remotely watchable actress. I’m just sayin’. Without even looking up I said, with what I guess was a surprising amount of vehemence, “God. I hate that show so much, and I haven’t even seen it yet.”
Hubby started upright, glanced over at me and started to laugh. Not a chuckle, or a giggle, but the full-out, throaty guffaw he saves for when I do something over-the-top cranky. Something about knowing that this man finds me hilarious when I’m at at my crotchety, ill-kempt, petulant worst immediately lifted my spirits. I smiled to myself.
‘Cause who needs a time machine?
Shares