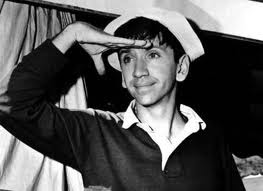 This is exactly how I get into trouble.

Last night, right when I thought that I really, no, really needed to go to bed right now (!) I decided to take a quick, clicky stroll through the interwebs…because that always leads straight to bed, right? I ended up on Joel Runyon’s site, reading his blog, The Impossible Blog, which documents his journey toward completing his “Impossible List.”
The Impossible List.
Holy crap.
Joel makes it very clear that this is not a bucket list. Because what is a bucket list, really? It’s a list of stuff that we really want to do before we die, sure, but usually stuff we can reasonably accomplish, if we just take the time to plan, save, do. No, no, no…the Impossible List is a list of all the stuff too ridiculous to even consider! Like, no way. It’ll never happen. I’ve got no money, no connections, no knowledge, no ability, its too darn late. He’s encouraging all of us to write that stuff down…and then do it.
Joel Runyon, you are a flippin’ genius.
I love this idea, LOVE, and here’s why; writing this stuff down makes the universe all sparkly and full of crazy potential. I feel like I’ve entered a time machine and someone’s just asked the six-year-old me what she wanted to be when she grew up.
“A BROADWAY DANCER PRINCESS WHO FIGHTS CRIME!!!!” I’d yell, adding, “And also? Marries Gilligan!” Then I’d start down the driveway, alternating karate chops and high kicks all the way. (Hi-YAH!…2, 3, 4…)

What? You’d have your own, private lagoon and eat coconut cream pie every night. A girl could do worse.
Of course I had to do it. I am incapable of resisting anything like this, especially when in list form. Bulleted, if at all possible.
My Impossible List, draft one.
You will notice that there is nothing about writing or book publishing in there. That’s deliberate. The Impossible List makes me feel all twinkily, but writing goals make me want to sit down and have a drink. Why? Because that is something that I know in my heart of hearts is completely possible and I just haven’t done it yet. That gets into the grey and gloomy town of “Shouldsville” which is nothing THIS list is about. The Impossible List is, well, impossible so why not write anything down? Learn to ski? I’ve got Raynaud’s and a deeply flawed sense of balance. Why not? Put it down. Scuba dive? Distrust the ocean, afraid of sharks; put it on the list!
There’s more. Or will be. I haven’t had time to properly take the concept in. And this IS the impossible list, so it’s not like all this is going to happen. The cool thing, however, is just by writing it down, by opening that little psychic space, something on that list is bound to come to pass. And before…? Not a single one would have.
I better start practicing my high-kicks.
Shares