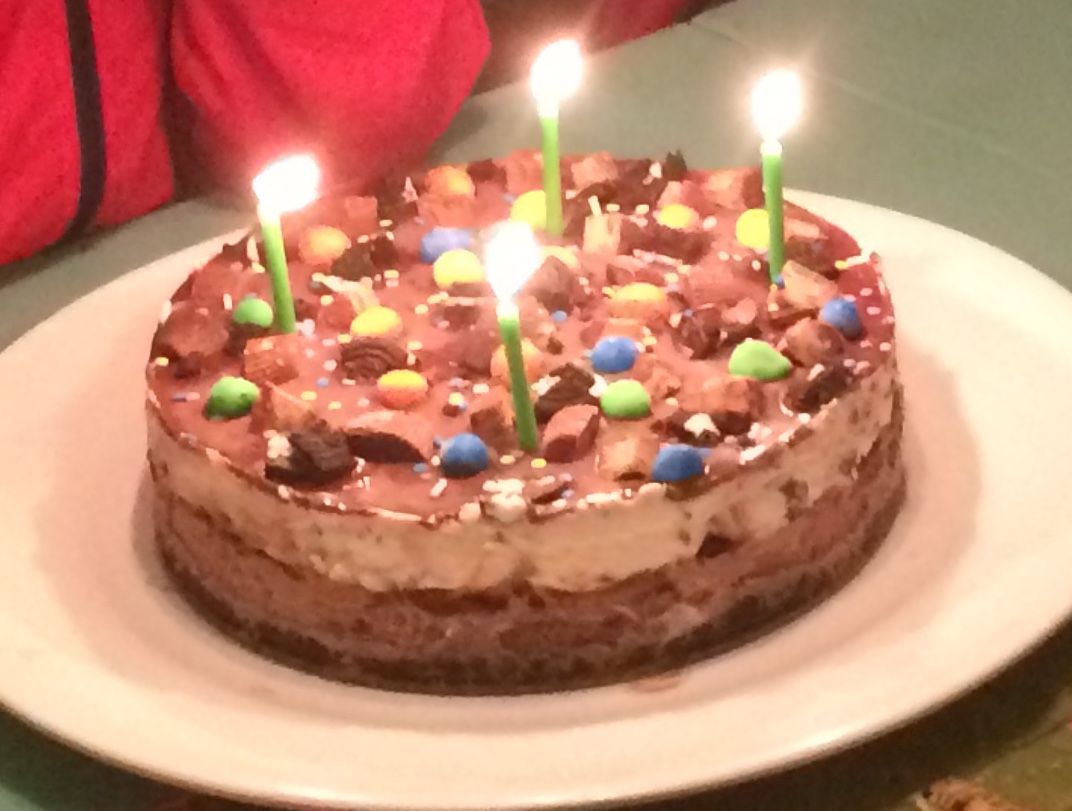 Tomorrow is Hubby’s fiftieth birthday, an event I have been waiting for with gleeful anticipation.

“Oh, my husband? He’s not with me right now…you know how TIRED folks in their fifties get.”

“Are you SURE you should eat that? Now that you’re fifty, you need to start watching your diet.”

Those are the kind of things I was looking forward to saying, followed by barely contained laughter and an insincere apology. This, despite the fact that I am a mere ten months younger than he is. Practically a whole year! But do not underestimate the importance of that ten months because it means that I am the winner. That I alone possess the dewy flush of youth, and will, until the autumn of 2019, at which point I plan on going full throttle into eccentric crone-dom. I’ve already begun braiding my hair, stockpiling silver jewelry and black tunics, so I’m nothing if not prepared. But until then, I win!

I don’t know where this impulse comes from. I know it makes very little sense. It’s the same thing that, when my younger sister turned forty, drove me to send her a birthday box filled with reading glasses. I told my mom and she and I laughed and laughed as if, somehow, we were not years beyond forty, ourselves. Unless I up and kick the bucket first, I’ll always be older. Sibling rivalry aside, that’s one game I don’t mind losing.

“But, Lanie, you barely look a day over thirty.”

Thank you so much for noticing. It really is a gift and I’m sure that the only reason that the local teen cashiers have begun to automatically extend to me the senior discount is because of the myopia resulting from extended hours spent squinting at their tiny screens. Either that or plain, old-fashioned adolescent malice. Either way…forty percent off! Ka-ching!

But back to Hubby. He is totes harshing my buzz, as the kids say. (Or did, eons ago.) As much as I love to taunt him for my own amusement, it is enjoyable only when his inherent good-nature prevents him from feeling offended and not, as is currently happening, when his dislike of winter has set in and he sits, sad and mopey, lamenting the mid-afternoon darkness.

I don’t get it, honestly I don’t. I LOVE the lowered expectations of winter. Winter is when you can regularly get a solid eleven hours of sleep because what else are you going to do? It’s dark and quiet…no neighbors having barbecues or bonfires, playing music until the wee hours, or, god forbid, extending invitations to events starting after 9:00 PM. Nothing but pajamas and red wine and books and naps. I’m practically whistling with happiness and Birthday Boy is over there on the couch sighing, “…Soon all will be darkness…” or something like that. I didn’t catch it exactly.

Whatever. Cheer up! Have some eggnog! Your loving wife would like to mock you and you are totally ruining it for her! At this rate, I won’t get to make fun of his advanced age until well into April.

Ah, well. I’ll hold my tongue. I wasn’t sure what to get him for a present, in any case. Let my selfless restraint be my gift for him. But for the record, that doesn’t work in reverse; as long as there’s a big, ol’ present, he can make fun of me all he wants when I turn fifty.

But that’s not for ten whole months.