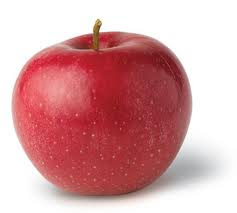 Oy.
This has been a difficult week. I was fully mourning Wisconsin’s passage of their anti-union bill, when the news hit about Michigan. My mind still hasn’t wrapped itself around the fact that the Michigan State Government decided to allow “Emergency Managers” (which according to the amended bill may be a person OR a firm) to nullify the results of local elections and cancel any contracts held by the city if they determine said city to be in a state of financial crisis. Let me say that again; Michigan election results MAY BE OVERTURNED, if an “Emergency Manager” (who determines their own, uncapped salary, because capping their pay is a subversive liberal move, apparently) decides that the representatives elected by the citizens of that state aren’t up for the task. The city manager has sole authority to decide who serves and where the state funds are spent.
Wow. Clearly no threat to democracy or danger of a vested interest, there.
I’m thinking that at this point my blood pressure is probably about 40000/879 and THEN I hear that the Upton-Inhofe bill passed unanimously among Republicans and repealed the Environmental Protection Agency’s scientific endangerment finding on greenhouse pollution.
Wait. Say what, now?
Once more; the Republican-led House Energy and Commerce Committee voted Wednesday to repeal the EPA’s shocking findings that dared suggest that pollution is somehow bad for the Earth.
At first it’s the kind of thing that makes you laugh. How ridiculous! You can’t legislate scientific findings. You can’t repeal empirical evidence simply because it doesn’t serve your argument. I mean, how completely absurd. (while it still seems funny, watch this.)
Oh, those wacky Republicans, I was thinking, when I heard a small voice in my head say, “This is where we lose.”
Suddenly, this whole mess wasn’t funny at all. It became as serious as a heart attack, because it occurred to me that there is no possibly of debate with a person or entity when they have no interest in the truth. Those who author and pass a bill stating the exact opposite of scientific findings are not interested in the truth. Those who support allowing corporations to overturn election results are not the least bit concerned with democracy — they still refer to themselves as “patriots” for cryin’ out loud, despite their single-handed dismantling of free and open elections which are the very FOUNDATION of a democracy! (I have a couple more apt descriptive words for them, but I won’t share them, on the off-chance my mother reads this and then washes my mouth out with soap.)
Debating with people like this is akin to handing them an apple and having them call it a banana–THEN, maddeningly, watching them proceed to frame all future conversations around bananas…while still holding the apple!
I’m not going to lie. I cried a little bit, out of sheer frustration. Then I did what I’ve done an awful lot of these days; I stay home. I don’t call people. I don’t email people. I don’t talk on the phone. I pull my sphere of influence down as small as I can get it and try to exert a wee bit of change over my immediate environment.
Today I organized a chest of drawers, the linen closet, and, as soon as I finish this, I’m taking on the laundry room. (I also run. The upside is, I am in the best shape of my LIFE.)
Then, after all that cleaning and running, if all goes well, I start to feel a teensy bit better. In fact, as I’m typing this, it occurs to me, that I have been going about this all wrong! Here I’ve been limiting myself to the facts, dope that I am.
Hey! Weight Watcher peeps! You will be happy to know that I have finally hit goal weight. You see, I weighed myself, just right now, but I didn’t much care for the number given me by my scientifically calibrated digital scale…. so I sponsored a bill with a more acceptable number. After I seconded my motion, I voted. The Danke Slimness Bill of 2011 passed unanimously.
What? Too snarky?
Fine. I leave you instead, with this:
“The truth is incontrovertible, malice may attack it, ignorance may deride it, but in the end; there it is.”
Winston Churchill
Plumb Tuckered UPDATE: The Danke Slimness Bill was amended. I am now, officially, underweight. This is in no way related to the fact that my neighborhood Dairy Queen has opened for the season.

Tags: politics, poor me, the end of the world