«   Comparing Apples and Bananas…
The Machines are coming… and they want your tax return.   » 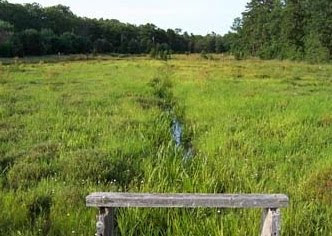 Cancun is for sissies.

You know how some families have mottos? Or maybe an inspirational slogan emblazoned on their family crest? Well, I’ve figured out a strong contender for mine;
“The Frauenheim Dankes; taking craptastic vacations since 1995.”
There was the year our mini-van broke down and we had to wait at the side of the highway with all the kids for a tow truck. There was the year all our plans fell through, at the last minute Hubby couldn’t come with us and our fabulous, newly constructed hotel turned out to be miles and miles out of town, with naught but a Walmart and a gas station as far as the eye could see. Then there was the year we thought we’d go check out the cranberry bogs and found out that a cranberry bog off-season is possibly the least exciting place in the entire world.

Riveting.
This year was going to make up for all that. This year, we planned to visit Washington DC. However as I often say, we are kid rich and cash poor, more this year than others, so no airplane travel for us. Instead, we pointed our car east and drove until the gas money ran out, which meant Green Bay, Wisconsin.
Great. Just great.
The late-season blizzard was just the icing on our crappy cake.
Given the rather foreboding environment we were driving through (and toward) you would think we would have kept the conversation light. I mean, truth be told, hubby is wore out. If this were his blog it would be entitled, “Plumb Tuckered Out and Praying for the Sweet Release of Death.” Seriously. He is really, profoundly exhausted. As for me, I’ve been on edge for weeks—I’ve tried to keep away from politically charged news, but clearly, I’ve failed. Oh, where is a gripping, new celebrity scandal when you need it? I mean, come on! Charlie Sheen is so last month.
The lack of frivolous trivia left a void dear Hubby was more than happy to fill. As we drove through the snow, he regaled me with more evidence that oil production is beginning to taper off. Comparing the discrepancies between the total gallons reported versus the amount it is actually possible to extract. Detailed the extremely remote and difficult locations where the pittance of remaining crude is nestled. And laid out the hugely toxic means needed to get it. The entire time he did not notice the sheer wide-eyed desperation he was causing in his poor, weary wife. Finally, I could take no more.
“I know that you find this absolutely fascinating from a historian’s point of view, “ I said, “but you have to understand that if you’re right, the shit is totally going to hit the fan.”
“What?” he replied. “There’re a lot of changes we can make.”
“Dude. Look what is going on in this country. I don’t even think you can call Michigan a democracy anymore. They got away with it because of a budget crunch, can you IMAGINE what they are going to do when there IS NO MORE OIL?!!!!” (Shrill panic. Episodic hyperventilation.)
Hubby then began to wax poetic about electric cars and all the natural gas found while “fracking” for oil while I sat shaking my head. It’s a rather typical example of the differences in our personalities; to make sure that our kids are properly prepared for the future, he’s encouraging them to study engineering… I’m far more likely to suggest that they need to learn to trap, skin and cook a squirrel. He’s all Buckminster Fuller, excited to design shiny, new cities on the sea, and I’m Linda Hamilton in Terminator II, shouting “THE MACHINES ARE COMING!” though the bars of her padded cell.
Somehow, we make it work.
I wasn’t so sure we could salvage this vacation, however. Sitting in a hot tub, staring at snow banks climbing past the window in December is romantic and cozy…. Watching them creep ever closer in MARCH….?!! I wasn’t sure I could put a positive spin on that.
Luckily, it wasn’t up to me. The kids have an infectious enthusiasm when it comes to free hotel breakfasts and indoor pools. Throw in cable television and it is close to the most fun they have ever had in their lives. (What can I say? It pays to keep the bar low.) Pretty soon, Hubby was looking a little more like his old self, the kids were happy as clams and even the SEVENTEEN POINT EIGHT (?!!) inches of new snow couldn’t ruin our mood. We all stayed up too late, watched oodles of rotten television, read NOT ONE news article, visited Lambeau field with my mom, a dedicated Packer Backer, and ate so much that we started to refer to ourselves as “snack piñatas” (if you would’ve hit us with a stick we would have exploded for sure and littered the ground with caramel corn, jelly beans and a million French fries.) On our last night, we played such a hilarious and cut-throat game of cards with my Grandma that Eldest Son was simultaneously shaking with laughter and weeping in utter frustration and rage while Miss Teen Wonder and I taunted him mercilessly.

Spring break in the midwest. Brrrr.
Sigh… Good times.
So good, in fact, that I’m considering changing our family motto. I’m leaning toward;
“The Frauenheim Dankes; triumph over adversity.”
Or possibly;
“…Point us to the complimentary breakfast buffet!”
Either way, it’s a big improvement.
Shares

«   Comparing Apples and Bananas…
The Machines are coming… and they want your tax return.   »