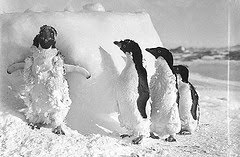 Just when you think that you have nothing to write about….

I think I just got drunk dialed by my mother.
Okay, to be fair, I don’t know for certain that she was drunk. She was wrapping her Christmas presents at 1:30 on a February afternoon (What? She’s prepared.) and called to share her revolutionary new idea…she was dumping all the presents she bought for each grandchild in one box and wrapping that. “I’m a GENIUS!” she crowed.
Like I said, I can’t be 100% positive she was drinking. It is entirely possible that this recent snowstorm drove her just a little bit mad.
She isn’t the only one. Sunday afternoon I came downstairs to find hubby watching a local access station; the kind that is just a live feed of local, political meetings. Not my cup of tea, but, whatever. This one seemed a little more…subdued than usual, which made me stop and look. Good lord, there wasn’t even a meeting going on. Hubby was watching video of people setting up for a meeting. Arranging chairs. Passing out color-coded file folders…
“You know,” I began, ” there are other stations. Stations with actual programing.”
He merely gestured weakly. No doubt about it, this winter has gotten strange. People are desperate. Just today I heard two people say that they were about ready to sit in the snow until they froze to death…the first being myself. (Actual quote; “If I see one more snowflake, I swear to God, I am going to lie in the backyard and end it, once and for all!”)

Good bye, cruel world!
I thought I could escape into the normalcy of the workplace, but then the weirdness followed me to the cookie shop.
“Two Smart Cookies,” I chirped, answering the phone.
“Hello, yes, this is (someone, someone) calling from (something network) in LA…is your bakery failing?”
“Why?” I replied, alarmed, “What have you heard?”
Let me say first off, this is a horrible way to begin a conversation. In the first place, you are NEVER going to get me to say my shop is in trouble. I could’ve been watching repo men cart away my convection ovens and the most I would have admitted to was that maybe, yes, I would possibly like to increase my cash flow a bit. I’m superstitious that way.
Turns out that they were developing some sort of reality show around revitalizing small businesses, although their interest dropped off once they found out how small we really are.
“Nope, no employees,” I said, “Two Smart Cookies is not a misnomer…there’s just the two of us. One. Two.”
The gentleman then ended our phone call. Apparently, we are not even big enough to qualify as a failure on television. He is out there, somewhere, presumably recruiting our larger competitors to help them grow even more and then force us out of business entirely. Boy, that’s not unsettling in the slightest…
I’m starting to hate this winter. If you need me, I’ll be in the backyard.
Shares