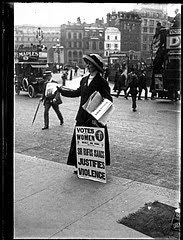 If you were to say to me, “Lanie, what are your least favorite things in the world?” you should probably understand a couple of things;

I hate politics. Hate. Nothing puts me in a fouler mood than when a perfectly good episode of Biggest Loser is pre-empted by a State of the Union address. That being said, I also feel that it’s irresponsible to be ignorant — especially these days when it feels as if information is being flung at us from every possible direction.

This is not a problem when you, like Hubby, possess an extraordinary equanimity. I do not. I approach keeping politically current like I approach cleaning the bathroom; I’ll do it, but I won’t like it.
My daily perusal of the Huffington Post often has me putting my head between my knees and breathing deeply until the spots disappear. (For the sake of efficiency, I also count this as “meditating.”) Mostly I direct my ranting in Hubby’s direction. Usually, he has some nugget of additional information or historical perspective to balance the panic I feel. At the very least, he can distract me with his newest plan for our future. (Currently? Organic farming…which would require we locate a new homestead, a potential market, various and sundry equipment…and also a good divorce attorney.)
Mostly I keep out of it, is what I’m saying. But every once in a while I feel the overwhelming need to respond.
Hubby disagrees, arguing, and rightfully so, that no one changes their perspective based on a face book status post. And I agree. But still…
We were having a “to post or not to post” argument the other night when Miss Teen Wonder weighed in.
“You have to. You have to MAKE them see that you are right.”
Hubby turned to me, eyebrows raised in that “SEE what you’ve done” sort way and then suggested that somehow my eldest daughter and I were two peas in a pod. She didn’t help my case any when she wandered away from the table and started reading us Charlie Sheen quotes off the internet.
You, kid, are so grounded.
Of course, he’s right. Young Miss and I share the opinion that if we state our case clearly enough and often enough, eventually all opponents will come to see the error of their ways. We will talk your ears off…for your own good, of course.
Oddly enough, this succeeds less often than one might suppose.

No one is listening to her, either.
If pressed, I might admit that the people who have had the most impact on my own beliefs did so without any words at all. They were just such admirable, brave, gracious people, that I found myself wanting to support the same values in my own life. Values that have everything to do with taking care of the people around you and the inherent communal nature of our world. You will never be able to convince me that denying to others what I desire for myself or my family is justified, mostly because I’ve seen the actions taken by folks on either side of that argument, not because of something I’ve read on-line.
Add it to the list:
My Least Favorite Things In The World
#13,298,762– Hubby was right, once again. Drat.
Shares