«   So that happened.
Good Advice from Dubious Sources.   » 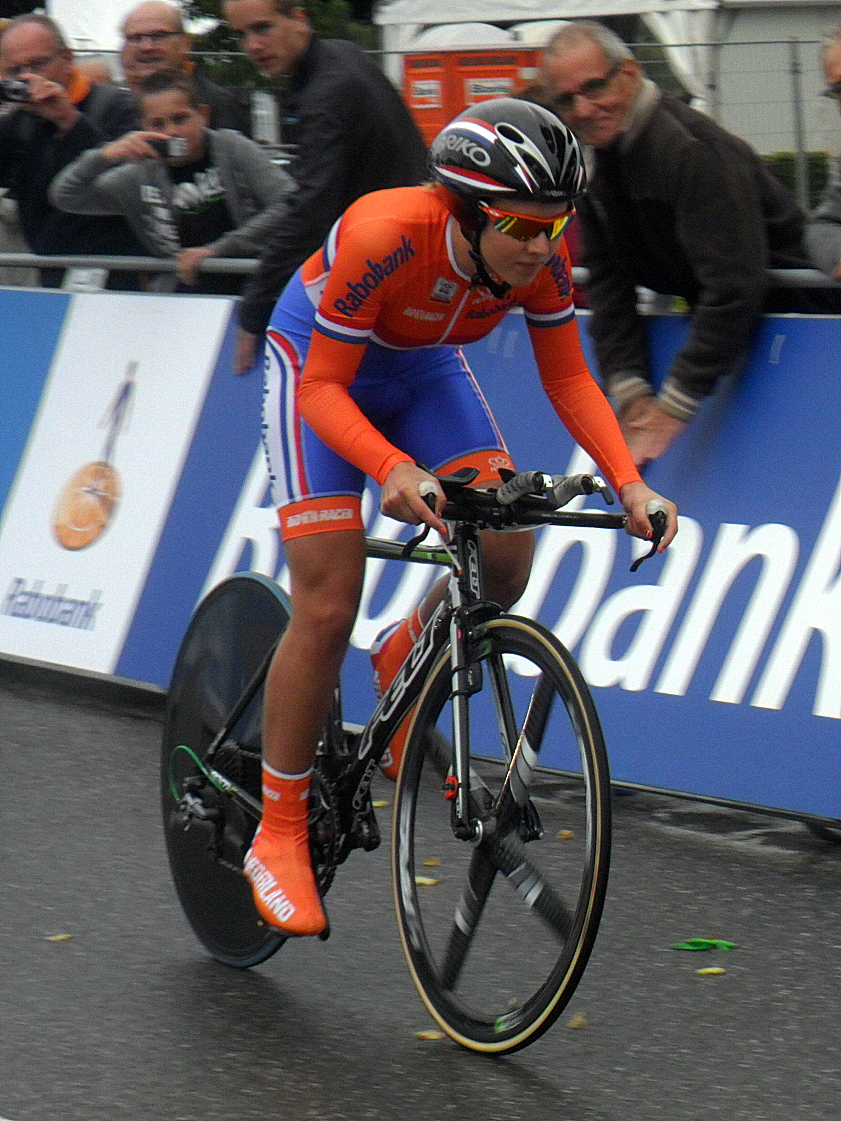 By now most of you are aware of my ambivalent relationship with bikes. I want to love cycling, really I do, and I’ve made great strides; buying a bike with actual gears, finding the magical unicorn of a bike seat which treats all things posterior with admirable delicacy. Procuring the world’s largest bike helmet. And yet…

So much of the cycling world I still struggle with. There is just so darn much unnecessary spandex to contend with. Also, it is clearly understood in my marriage that should my husband ever appear, 12 speed tandem bike in tow, the unspoken message is that he desires a divorce. All this has loomed large in my mind these days, due to goings on at my new gym. Specifically in the spinning room.

Now, I happen to like the spinning bikes. They feel more like real bikes and I enjoy being able to instantaneously control the tension on the wheel, versus those pre-programmed stationary bikes out on the cardio floor. They also raise my heart rate like nothing else. Right up to the edge of, “I might have just burst something important” which, masochistically, lets me feel I have accomplished something in my day. Plus, the spinning room is often deserted and dark when I frequent the gym, which is a great plus to those of us who are still compelled to do a little armchair boogie when “Uptown Funk” comes round on the iPod.

So, there I am, pedaling away like mad, but also waving my hands in the air (like I just don’t care) when in clomps a fellow gym member wearing those actual bike shoes that clip to the pedals, his body sausaged into a full cycling outfit. He then begins to warm up for the hour long spin class that starts in THIRTY FIVE MINUTES. Before long he was joined by, not one, not two, but five compadres. Who doesn’t think a full hour spin class is enough? Crazy people, right? And who, exactly, is going to fall out of their strap-on pedals on a stationary bike? I rolled my eyes so hard I got woozy and abandoned the bike for the relative sanity of the weight room.

But, I am here, humbled, to admit the unthinkable; I was wrong.

I’ve had something bumping around my mind for the past few months, actually, that finally gelled with my reaction at the gym. At the kids’ last choir concert, I noticed a boy. You actually couldn’t miss him. Smaller than the others, wearing what appeared to be some sort of hand-crafted necklace, and singing his heart out. Not just singing, but dancing, snapping, swaying to the music as he performed. He stood out from the others, especially the two cooler-than-cool girls behind him. They rolled their eyes, sniggered behind their hands and shot sideways glances at each other, clearly suggesting that the whole and entire concert was a joke, except…

…Except when they forgot themselves in the joy of making music and the swell of thirty joined voices. Except when they forgot that they were too cool and too old to care about such things. Except when they failed to remember that being yourself opens you up to being vulnerable to criticism from people who do not love what you love–who do not, in fact, seem to love much of anything. In those brief moments, a very real part of themselves shone through–right before they realized what they were doing, embarrassment rolled across their features, and the mocking resumed.

All kids seem to be born with this zeal, this capacity for passion. Sadly, however, we become pretty adept at tamping down enthusiastic impulses. In fact, it seems a requirement for growing up. When one of my kids was little, she loved Hilary Duff. I mean, she LOOOOOOVED her. There were posters and back packs and tee shirts and the never-ending loop of Hilary Duff CDs. For a kid, that is fine. Try doing that as a grown up. Show up at work with a Ricky Martin messenger bag. Decorate your cubical with old Tiger Beat clippings. Prowl “Where are they now?” sites and share the information with everyone you see. Do it for a week. See if anyone will voluntarily eat lunch with you.

Adults who dare to immerse themselves in something with the same passion and joy as children are seen as immature and perhaps a slight bit “touched” as they used to say. Grown ups read the newspaper and cluck about the world and their greatest passion is reserved for espousing on how everything is going to hell in a hand basket, by God! Be as negative as you want. Be as cynical and angry as you believe it is your right to be. That’s fine. Shout at that idiot driver! Bemoan your political rival until your face is red and your heart might actually explode from spite. Do NOT, however, don Spock ears and attend a midnight showing of “Wrath of Khan.” Do not make “The Lumberjack Song” your ringtone. And under no circumstances, dress like Greg Lamond in the last stages of the Tour de France…

Oh, I am chastened, really I am.

Why was I even in the Spin room? Hiding my love of funk, that’s why. Not wanting to stand out as that dork on the elliptical who is enjoying themselves just a little too much, as if that should even be a thing. The tragedy is doubled at this particular time, I think. It’s so much harder for me to give myself over to light-hearted moments given what I see going on in the world. Which is kind of foolish, when you think about it. The world seems dark and unkind? Better squash any tendency of happiness or light, right?

Wrong. I repent, people. No more eye rolling from this chick. If anything, next time I see someone click-clacking across the gym floor in their bike shoes, headed toward the spin room, I am going to take it as a reminder that we can always, at anytime in our lives, discover new passions that fill our lives with joy and our hearts with enthusiasm for the day ahead. That happiness is a perfectly legitimate life goal. And that the proper accessories are always, always a good idea.

«   So that happened.
Good Advice from Dubious Sources.   »