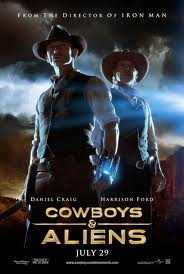 My very best friend is coming into town next weekend and I am STOKED. We are going to do all the things we used to do, back when we were young college gals. That’s right; watch movies and eat cookies. PAAAARTAY!

Girlfriend will be choosing our film on account of one time, when I went to see her in Arizona, I and another of her friends ganged up on her and forced her to accompany us to Jackie Chan’s Mr. Nice Guy.
“You,” she said, pointing her finger at me in the car afterwards, “are never allowed to pick the movie again.” (I don’t care. It was totally worth it.)
She will find a great movie, no doubt. Girlfriend has impeccable taste. But…. If she WASN’T the one picking the movie, this is what I’d be gunning to see:

oh. my. god.
When hubby and I first saw the preview for this little cinematic gem, I was so excited I had to stifle the urge to grab him by the lapels and shake him violently back and forth. As it was, I turned, eyes wide, pointing at the screen and croaked in a stage whisper, ” Daniel Craig…. Harrison Ford…Cowboys!…. ALIENS!!!” Because really, what more was there to say?
I LOVE a good cheesy movie. Oh lord, do I ever. And if stuff blows up…? Even better. Which is not to say that I have no standards. There is plenty of dreck out there. Super self-indulgent films by directors whose sense of smugness ooze into their movies and destroy whatever lighthearted fun might be had from a bit of mayhem. (cough*Michael Bay*cough) For the record; 40 minute fight scenes RUIN a movie. The story does not progress while you are showing all the super-neato computer tricks you can not seem to resist. Five minutes -FIVE- is all the longer people need to combat giant robots, orcs or race around in cars. Seven minutes absolute tops. So go ahead, have eight five-minute fight scenes, just not all at once, please.
There are rules you know. And I am more than willing to accept just about any premise as long as it fits the parameters set about in that very same movie.
Example: The longest running and most bitter fight of my married life isn’t about money, or happy grown-up fun time or any of the things couples normally fight about. No hubby and I have had innummerable fights; fights which drag on for hours, fights which may or may not cause one of us to threaten bodily harm to the other if he doesn’t shut the heck up already, all revolving around whether the Jason Bourne movies are total genius masterpieces or laughable piles of doo-doo.

Total genius masterpiece, duh.
Number one; I don’t even think Hubby should get a vote. He places too many conditions on movies. They have to be plausible. They can’t involve time travel, dubious science or inaccurate historical facts. They must not be animated. And they can not have too many quick cuts or hand-held, shaky camera work. Where is the fun in any of that, I ask you? If I wanted long shots of plausible, historically accurate plot lines, acted simply and quietly by actors of normal attractiveness I would stay home, save my ten bucks and watch my life unfold…. which is exactly the thing I am trying to avoid by heading to the movies in the first place.
No surprise that I come down on the side of all Jason Bourne movies being the work of a genius.
“Oh, come on,” Hubby will say, “He just killed 12 guys in a hallway! NO WAY could he do that!”
“Au contraire,” I will counter (because speaking french immediately conveys my superior intelligence) “Jason Bourne is superhuman. His past was stripped away so that more of his brain could be dedicated to developing his cat-like reflexes and instantaneous responses to danger. He is like the Terminator, but, you know, human. And quicker. Without the guns, and, uh, accent. You know what? Scratch that, he’s like a shark…”
At this point I will catch Hubby rolling his eyes and it’s ON, baby! I stand by my argument because the movie set it’s own parameters and Jason does not violate them. He’s supposed to be able to do these amazing things, but at a great, personal cost.
On the flip side, and though it pains me greatly to say it, was Die Hard 4: Live Free or Die Hard. Supremely awesome title aside, I left the theater extremely disappointed because the movie violated it’s own set of rules. John McClane is the everyman hero. He can’t do anything superhuman or fantastical. That’s been the hard and fast rule since he was forced to run barefoot across broken glass in the first movie or be killed. Those bloody feet set the contract. So Jason Bourne killing 12 guys in a hallways? Completely valid. John McClane defying gravity and centrifical force by standing on the wing of an out-of-control, spiraling jet airplane? Epic fail.

He’s still pretty, though. Sigh.
Which leaves us with Cowboys and Aliens; smoldering heap of trash? Or the best money you ever spent? Believe you me, I aim to find out…probably not next weekend, since I’ll be watching something thought provoking and legit. But in the back of my brain, I’ll hear the chant, “Cowboys! Aliens! Cowboys! Aliens!”
I’m rooting for the Cowboys.
Shares