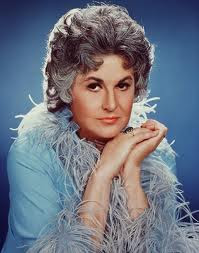 But I Don’t WANT to Clean my Room!

Mayday! Mayday! There’s been a change of plans. Girlfriend is coming into town TOMORROW! There’s no way I can lose 10 pounds, grow out my hair and remodel the kitchen in 24 hours…by Saturday, sure, but not by tomorrow.

I don’t know why I get this way; as soon as anyone plans a visit, I start to freak out a little bit and worry that, years of friendship notwithstanding, they will take one look at my laundry room and write me off. I swear, I do my very best nagging and the girls’ room still looks like they’re filming an episode of Hoarders in there. I can not be held responsible for that, people!
Girlfriend and I have been friends for 18 years. We’ve accumulated eight kids between us and I still get nervous that maybe I’ve overstayed my welcome…like she’s only been talking to me for nearly two decades out of pity. As if she’s going to see this crazy, humidity-wrecked, Bea Arthur hair of mine and decided that her street-cred will be shot if she’s seen leaving the house with me.

What? I’ve still got it.
It doesn’t help that each visit suddenly and violently brings to light my lax homemaker standards. Facing the imminent arrival of any person not currently confined to this house, my eyes are drawn to a thousand imperfections that have somehow escaped my notice. Has the ceiling fan always been covered in dust? When did the Arachnid Empire conquer the area behind the bookshelf? When was the last time these floors were washed? And is that PANCAKE BATTER on the wall? Man! This place is a pit! What sort of animals could live in a house like this? Oh. Right.
I can’t help it! I hate to clean, really and truly. Housework is why God invented Merry Maids and children, as far as I’m concerned. And as I can’t afford the one, and have very little influence over the others, we’re stuck with me and the Spider King, apparently.
And I KNOW it’s silly, okay? I know no one’s going to cut me off because my refrigerator is completely covered in little raspberry jam fingerprints. Or if I’m not quite my normal, energetic self because I stayed up too late streaming terrible movies on Netflix. My friends are awesome, supportive people who never fail to back me up, no matter what the circumstances. Still…a few new throw pillows and a nice bottle of wine can’t help but sweeten the deal. (Plus, after a few glasses, you hardly notice the mess at all!)
So here’s the plan; relax, set the dimmer switches to “low” and bribe everyone with booze and cookies. It’s perhaps not the plan Martha Stewart would endorse, but it beats the heck out of cleaning!
Shares