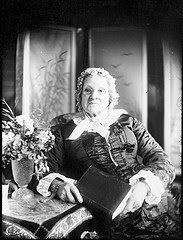 I realize that I haven’t written about running in a while…Mainly because a friend came up to me and said, “Hey! Are you still running?” Well, HECK yeah! I’m still running. This marathon isn’t going to run itself, though it would be lovely if it would.

I’ve been busting my butt on my training program. I made it to my 15 miler, which was supposed to be a long, slow run. Being me, I couldn’t just leave it alone. After the first ten miles I thought, “Hey, self! You are going to have to learn to run hard even when you feel tired. No time like the present!” and off I went, increasing my speed by two minutes a mile for the last five miles. I don’t know why. Clearly, there is something wrong with my brain.
In retrospect, it was a bad, bad idea. I haven’t fully recovered since then and it’s been almost two weeks. I am TIRED, ya’ll. I was struggling through a perfectly horrid mid-week run the other day, forcing my tired legs to move, and attempting to distract myself by listening to one of my favorite marathon runner podcasts, Two Gomers Run a Marathon: the Sub-Five Strive. It was the final episode of this season, ominously entitled “Did We Fail?”
Now, I try very hard not to think about the fact that these are two guys, younger than I, who have been training for a year in speed work and who DIDN’T, in fact, manage to run their marathon in under five hours. They improved their time, sure, but not by the 38 or so minutes they needed to. I try hard not to think about the fact that I am older, built like all the sturdy German farming women who came before me, and yet striving to finish in four and a half hours, a full hour and twenty nine minutes faster than Hubby’s and my 2007 finish time. Because if I thought about it, really thought about it, I might have to have myself committed.
Anyways, in this episode they spoke about the difference between process-oriented runners and goal-oriented runners. I was telling my business partner all about it, how process-oriented runners are concerned with their nutrition and getting their rest and cross training, etc. and goal-oriented runners tend to pick a (often unrealistic) goal which becomes their single focus.
“Gee,” she snorted, “I wonder which one YOU are?”

I’m not certain I appreciate your tone, missy.
As I was saying, it did give me pause. My training is not one filled with little victories. It is one, big, stressful episode wherein I constantly check my pace time before crying out, “I’m not going to make it!” and collapse on the couch for a good sulk. For me the actual running isn’t even fun; in my mind its something our ancestors did to escape large animals who wanted to eat them. If I wanted fun, I’d take a nap. Read a book. Rent a movie. Not run and especially not with the specter of a doomed finish time hanging over me.
It makes me think that the real challenge for me isn’t in finishing the race; I’ve already proven I can muscle through any distance, purely through fear of public failure. No, for me the real challenge lies in learning to be more gentle with myself and maybe even, God forbid, coming to enjoy this thing called running.
So, in the spirit of personal growth, I have a new challenge before me. It is 100 days until I pick up my race packet and I have declared this time to be “100 days of Kindness.” No more intoning “You STINK!” repeatedly after a slower than anticipated run. No more pouting in the basement and watching episode after episode of “Toddlers and Tiaras” with a bag of Hershey’s miniatures resting on my belly in an attempt to soothe my wounded ego. And what better way to kick off any new goal than with a present?
Last night I ordered myself a new running shirt.

It says “Marathon Mama/ 26.2 miles of peace and quiet.”
Kind of puts the whole thing in perspective, don’t you think?
Shares