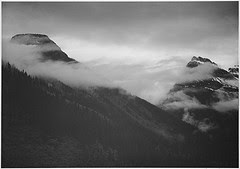 Look Out for Nature!

Hubby has found his running niche, heaven help me. Early this year, in the spirit of “Let’s do something NEW!” Hubby and I signed up to run our very first trail race. I figured Hubby, with his penchant for zen running would love the scenery, the peace and quiet, and the opportunity to commune with nature. As for me, I assumed that I’d post a good time, since my motivation would be to escape the great outdoors and head back to the land of air-conditioning and Diet Cokes as quickly as possible.
Isn’t it nice when a couple’s interests come together?
This past Sunday was the race. I could tell as soon as we arrived at William O’Brien State Park that this run was going to be different. My fellow runners were, in a word, intimidating. I’m used to the city road races which are full of runners of all ages and abilities. These folks were so…fit. No funny costumes, or humorous tee shirts. Just some intensely focused people with what appeared to be a combined 12% body fat. (Luckily I was there to bring that average up to healthy, midwestern 45%… OH, shush up, you.)
It comes down to motivation, I guess. Road races are full of external rewards. Not so, the trail run. There are no cheering crowds at trail races. No bands at the finish or capping off the morning with a hearty brunch (mmmm…pancakes….) and a celebratory post-race mimosa. That’s for those of us who happen to believe that if we’re going to run, dang nabbit, these least the rest of you could do is applaud as we jog past.
Sunday’s competitors were serious and it was all about the run. In trail races, you get out of your car, mill about the grass for a bit, then run seriously tough terrain as fast as you possibly can, pausing just long enough to grab a banana and do a quick check for ticks before popping back in your car for the long ride home. It really, really helps to be the internally motivated sort.
Once the race began, it took all of five minutes for me to regret my decision to “train” by periodically running on the grass next to our city golf course. This my friends, does not qualify as trail running by any stretch of the imagination. First off, the darn race is full of nature. “Look out for the Nature!” became my motto. Whether it was the decimated bird carcass on mile six, the snake at mile eight, the errant ankle-twisting divot, cleverly hidden by tall grass or the drowned mayfly in my water cup– nature was there in all it’s ooky glory, ready to trip you up or creep you out.
Secondly, you can not believe the hills. So many hills. So steep…so long….

so…many…
At first I was rocking the hills, just loving them. I was so in love with them, I was going to marry them– yeah! You and me, hills! Forever! But by hill five and six, the honeymoon was over; I was no longer certain that the hills had my best interest at heart. Hill seven…hill eight… good lord, I could barely stand to be around them. By the twelfth hill, I was not only certain that I wanted a divorce, I was ready to cut off the friend who introduced us in the first place and after that…well, I pretty much wanted to throw all the hill’s clothes out the window and set their car on fire.
Stupid hills.
Hubby of course, was loving it. He loved the scenic vistas, he loved the hills, he clearly loved watching his wife shoot three feet straight up into the air when she spied the snake (though he tried to hide it.) And that was another difference in this race. I’ve never noticed so many spouses running together. It was a nice to see and it occurred to me how very beneficial racing together could be for a couple; it gives you an opportunity to encourage each other, to revel in your mate’s success, or maybe to practice turning the other cheek. Like when your husband turns to you and, in what you could swear was an attempt at a compliment, says, “I so admire you…you powered past women MUCH smaller than you are.”
Um…. thanks?
In the end, there was no medal; just a race tee, two deer ticks (Look out for Nature!) and one blurry, but much appreciated photo to commemorate a job well done.