«   A Happy Mother’s Day to ME!
Beautiful on the Inside… It’s the Outside That Needs Work.   » 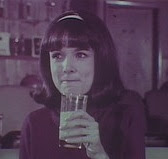 No, YOU have a drinking problem!

You should all know that I’m writing this under duress.

You see, every so often, Hubby, who is my staunchest supporter when it comes to this blog, gets a bee in his bonnet about something I “need” to write about. He is absolutely adamant for example, that you would love to hear that I am, apparently, addicted to drinks. No, don’t call social services, not alcohol, just various liquid refreshments. He seems to feel that I drink an abnormal array of beverages in each day. Hubby has, maybe, coffee, water and a beer. I have an au lait and water with lemon, then a decaf coffee and a diet green tea soda and maybe hot chocolate if it’s cold, an Arnold Palmer if it’s not, then perhaps some iced tea, then an iced decaf coffee, then a cup of milk, then a smoothie…this is all before, say, three in the afternoon. He finds it hilarious. I think it’s somewhat less than riveting.

Lately, we’ve been watching The Voice. Mostly because Parenthood is done for the season and both of us are too tired to roll off the couch and find the remote after Biggest Loser. (There’s probably some irony in there. I don’t know. I’m too exhausted by that point to puzzle it out.) Last week we were watching snippets of the celebrity judges, coaching their singers. Most of them would start their criticisms gently, saying things like, “If it were me….” or “You might want to think about…”

Flash to Adam Levine. Super awesome lead singer of Maroon 5. He was all, “Here’s what I want you to do.” and “Sing it like this.” The difference hardly registered for me. But Hubby turned to me and said, “I could never do that.”

“Put my opinion out there like that. And instantaneously KNOW what I want people to do. I’m just not an Adam Levine type…But you are. You should totally write about that!”

I turned to better affix him a steely glare from my couch. “You want me to tell people that I am a bossy cow?!”

Hubby froze, but only for an instant, correctly judging the four feet separating us as too great an obstacle for me to traverse at 9:30 p.m. on a weekday evening. “Yes.”

You will forgive me for feeling a mite touchy on this subject, especially when Hubby brings it up. You see, he was a History major and thus loathe to pass judgement or state an opinion unless you consider the, say, six hundred years of small actions, decisions and politics that led to it. I am far more likely to walk past a television, spy a random reality show that I have never seen before and say, “Ugh. Vote off Eyebrows McHairy.”

Hubby will turn to me, exasperated, “You don’t even know what she’s supposed to do!”

“I don’t care. Her negligent tweezing clearly shows a lack of attention to detail — and that’s NEVER good.” and I’ll walk away, blithely confident in the face of my complete ignorance.

This is just the sort of split-second decision that almost cost me my marriage.

Yes, Hubby and I very nearly did not get married, though I am certain that lo these many years later, he can’t imagine what he’d do without me. It says so right here on last year’s Anniversary card, which he no doubt bought at the Super America on the way home from work. Stunning Hallmark endorsement aside, our marital success not always a forgone conclusion.

Many years ago, when we were both fresh-faced and newly engaged, we were walking from our car to a downtown restaurant. As we ascended the parking garage we entered a large, public lobby. Overhead was a piece of public “art.”

I glanced up and took about a nanosecond to render my opinion, “Total crap.” I said and moved on.

Not-Yet-Hubby was uncharacteristically agitated. “You can’t say that!” he stormed, “You don’t know what the artist intended!”

“Honey,” I said, my hand on my hip, “it is a large, mesh head wearing a top hat and spray painted red. The artist’s intention was to get paid. It’s horrible.” (I could make such clear and confident pronouncements because I was, at that time, in my brief tenure as an art major and had not yet failed color theory. Twice.)

The date did not go well. As he dropped me off, Future-Though-He’s-Doubting-It-In-The-Moment-Hubby decided to break off our engagement. I was completely caught off guard and even now, my residual anger mandates I report that he started to cry…. like a big, weepy girl. (I also hold grudges, if you haven’t guessed. Also, Hubby vehemently denies that he cried. Except he totally, totally did.)

His major concern, aside from the fact that my outlook was so completely foreign to him, was that I might one day decide, spur of the moment, that he was no longer my beloved sweetheart. That I might, just as quickly as I rejected that horrendous sculpture, determine our marriage to be an albatross I would be desperate to jettison. Faulty reasoning, clearly. By his own logic, my decisions were all immediate. At this point, we had known each other three full months–THREE! Any decision I had made regarding him and our future were long in the past. If I were going to reject him, I wouldn’t have agreed to so much as a second date, never mind promising to spend the rest of my life with him.

(Also the whole “engaged by three months” thing might have been making him a mite nervous. He was probably experiencing a little buyer’s remorse. “Dear, sweet merciful heavens,” he was more than likely thinking, “What have I gotten myself into?”)

No worries. I, like Adam Levine, simply told him what to do; which was stop being a big baby and marry me, already. I may be quick to judgement, but when I’m right, I’m right.

And even though the past eighteen years have pretty much proven my point, I’m not one to ignore Hubby’s comfort. These days, for the sake of his peace of mind, I try to hold my snap judgements down to a minimum. At the very least, I attempt to keep my opinions to myself for a time and pretend to mull over my options…for at least as long as it takes to concoct my next drink, anyways.

«   A Happy Mother’s Day to ME!
Beautiful on the Inside… It’s the Outside That Needs Work.   »