«   The Machines are coming… and they want your tax return.
In fact, I barely got THIS written.   » 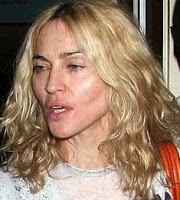 Decisions, decisions….
The other day, I picked up a box of hair dye, something I’ve done eight or so times a year for the past twenty-five years. I picked it up. I put it down. I looked at myself in the mirror.
I’m tired of it, y’all.
Not that it’s a big deal. It takes maybe forty minutes, tops, and that includes the shower. Afterwards I feel all perky and refreshed and everything I wear seems a little bit cuter than it did the day before. But I feel like I am done with it.
Let me make myself clear; I do NOT have a problem with my gray hair. I have a PROBLEM with being a brunette.
Backstory: When I was in high school I played Rosie Alvarez in Bye-Bye Birdie. In an effort to make me appear even vaguely hispanic, my drama teacher told me to use semi-permanent black hair dye and that it would wash right out.
It didn’t.
Prom was coming up, people! Clearly something had to be done, so my mom took me to a salon to get my natural, lightish, brownish hair color back. Never one to miss a golden opportunity, I may have exaggerated the extent of my god-given “reddish highlights.” (Which numbered exactly zero. But they didn’t need to know that.) And I’ve been a red-head ever since.
It’s kind of a deal. Imagine that I am staring at you full in the face right now, eyes wide and unblinking, trying to convey to you my utter seriousness about this. A lot— a HUGE and TREMENDOUS lot– of my self image has been tied up with being a red-head. You need to respect the momentousness of this decision, is my point.
The thing is, I rather like the gray. I’ve freaking earned the gray. You come to my house and watch these five little lunatics vie for my attention every, waking second and you tell me that I didn’t. Also, I am so sick and tired of being told that the woman I should want to be is twenty-three years old. Honey, there wasn’t one thing I could do better back then except hold my liquor…and produce collagen, apparently. But I don’t care! I don’t want to go back!
Add it to the list of things that make me truly angry. We say, “She looks good.” And what we mean is, “She looks young. Or, at least, younger than whatever shameful age she happens to be. Young enough to be walking out here, amongst us, which is good. Because otherwise she should just be sitting home, in the dark, lamenting her lost youth and shuttling back and forth to the botox clinic in a burka until she gets that (pointing at woeful subject’s face) taken care of.”
These days most movies are horror shows that I watch from behind splayed fingers. “Dear merciful heavens!” I’ll exclaim, “What has she done to her face?!!” People are so obsessed with looking young that they’re freezing or slicing off any sort of personality they ever had. And you have to agree, that tight, cat-eyed, over-plumped lip, giant cheek bone thing doesn’t look young. It looks bizarre. It’s bizarre here. And here. And here.

Just sayin’….
It makes me crazy! Ironically, it makes me feel like I did when I was twenty-one and totally pissed about the standards of fragile, feminine beauty I felt were being shoved down my throat. Back then, wanted to feel strong, hence the tattoos. Today, I just want to feel like myself. And that may mean dyeing my hair mousey brown and letting the gray come out.
The only people I’ve confided these feelings in have been Hubby and Miss Teen Wonder. Both had rather strong reactions. Hubby was shocked.
“I don’t know what to say,” he said. “I’ve never known you with any other hair. I don’t think of you as being anything else…I don’t even know what your real color is!”
Miss Teen Wonder was even shriller.
“No! Think about me. I don’t want a mother who looks, like, a million years old.”
Thanks for the support, pumpkin. Remind me why I let you out of your room at all?
She may have to learn to deal with it. I haven’t taken the plunge, yet, but it’s a possibility. And she needs to understand that getting older isn’t a shameful thing. I’m certainly not ashamed of it…
I’m just trying to figure out if I can do it as a red-head.
Shares

«   The Machines are coming… and they want your tax return.
In fact, I barely got THIS written.   »