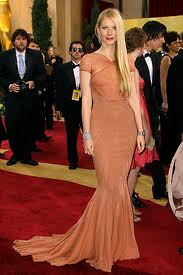 There is a lot going on these days in the world of politics. I have a huge amount of daily frustration and sputtering incredulousness at many of the actions and opinions being put forth. It is probably no surprise, then, that I find my anger focused, laser sharp on one individual. And I guarantee it isn’t anyone you would think.

You’re laughing at me right now. You’re saying, “Lanie, you crazy knucklehead, Gwynie has nothing to do with politics.” Maybe, maybe…. but I promise you, if you spent as much time perusing the Celeb sites as I do (don’t judge) you would be equally annoyed.

For one thing, there’s her “Lifestyle” site where she instructs you how to have as fabulous a life as she. It’s just chock full of great advice like how, if you’d like to improve the closeness of your family, you should cook dinner for everyone once in a while! Whaaaaat???!! And here I didn’t even realize it was an option. Like a dope I’ve been coming home for the past fifteen and a half years and just doing it. That’s 5,657 meals (16,971 if you count breakfast and lunch) that I could have just as easily been having my cook prepare…oh. Wait.

Recently she gave an interview for Popeater and they inquired why it was, did she think, that so many people find her irritating? (Note to everyone: If you are being interviewed and this question pops up, especially in a total suck-up interview like this one? You might want to take a good, hard look at yourself. Just sayin’.) Her answer? It’s her stellar work ethic, of course. People just don’t want to admit that the reason their lives aren’t as great as hers are because they’re not willing to do the “hard work” that she does.

This is when I go nuts. Every day I worry as I watch Hubby work 10-13 hours at a job that is so physically demanding that there is no doubt in my mind that it is actually shortening his life. Then I think about the construction guys I see outside all winter long or the nurses that I know and the crazy hours that they work. And to hear her claim that that they all could have her life if they just worked harder makes me want to fly to where she lives and fight her.

Of course the problem isn’t with Gwyneth Paltrow at all. It’s that so many people share her willful delusion that our successes are ours, alone, and the ills that befall others? Well, clearly, those things will never happen to us. And these attitudes DO influence politics, so maybe my anger isn’t too far off the mark, after all.

I think there are two reasons people cling to these beliefs; the first is superstition, pure and simple. It’s comforting to believe that if we work hard and eat right, if we motor forward with pure intent, nothing bad will happen. Those folks that lost their houses? Greedy, stupid or both. Those that have no health care? Poor planners. Probably never took care of themselves, anyways. Lost their jobs? Should’ve got training in a new field when they had the chance. Not like us. They’re nothing at all like us.

Except that they are.

People who take pristine care of their bodies find out that that numbness in their hand is MS. Children whose mothers feed them only organic vegetables out of glass containers, not plastic (never plastic!) still get leukemia. Companies go out of business everyday and hundreds of the hardest working people you ever saw are out of luck. You can do your voodoo dance all you like, be the fittest, smartest, best educated person you know and good for you! It still doesn’t mean that all those folks who aren’t, in your mind, as all-fired awesome as yourself asked for it, deserved it or caused bad things to happen to them.

Secondly, I think we are all, on some level, insecure…. or is that just me? I think people will not admit how far they’ve come because of the contributions of others because they think it takes away from what they’ve accomplished. So instead of kissing the freaking ground of those who lifted them up, they yell and beat their chests, proclaiming the myth of the “self-made man.”

People say, I paid MY way. No. No you didn’t. You never could. You never in a million lifetimes could repay all the people who have and continue to contribute to your success, however large or small. I sure as heck never could. And let’s stop pretending that the playing field is even, while we’re at it. It isn’t. So if your parents happen to be, oh, let’s say, Hollywood royalty, let’s not assume that we are where we are today solely on the merits of our work ethic. It doesn’t mean that you aren’t extremely talented or hard working but I promise you, as excellent of a cook as I am, ain’t no publishers interested in my cookbook. Yeah, I’m talking to you, Gwyneth.