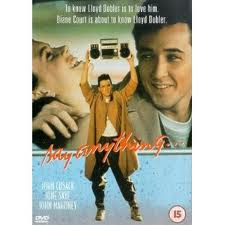 Did everyone have a happy Valentine’s Day? We did. And for once, I thought I had the perfect Valentine’s Day gift for hubby. Nothing expensive or flashy or requiring a time commitment or that would take up a lot of space or that would clutter up the house or the yard…Hubby being one of those guys who wants nothing for any occasion be it Christmas or his birthday or Father’s Day. But too bad, Mister. Your wife wants to get you a present, so shut up and suck it UP! (What can I say? I’m a giver.)

So anyways, every so often hubby will be working on some paperwork-y thing and I will hear him get up and then the opening and closing of drawers and rooting around and bad-natured huffing and then inevitably he will bellow, “WHERE’S the STAPLER?!”
Really? Do people still make those? I literally have had no cause to use one since, oh, 1986. But there he stands, glaring at me, demanding to know where we keep ours.
“In the woodshed,” I say, “Next to the abacus and the loom.”
No spoiler here, I got him a stapler. And an extra box of staples, ’cause you know, it’s a holiday, go nuts. But I had that thing in the house for less than a half a day before our little one found it and trotted it out to Dad, asking, “What is THIS?”
Grrrr…. how does he do that? Little man must go through our stuff daily…I guess he’s looking for new stuff to bury in the yard, which is bad enough, but then I had to come up with ANOTHER Valentine’s Day present. Drat and double drat!
Luckily for me, Hubby and I had some non-stapler related errands to run and so made a jaunt to Super Target. I was humming a happy little tune because, to me, Super Target is Christmas and Disney Land and chocolate cake all rolled up into one, when Hubby turned to me looking very down-trodden.
“What’s up?” I asked.
“All this stuff.” he said. “I find it very depressing.”
“So then, Kickboxing?” I said. Which only makes sense if you grew up in the 80’s. Enter, Say Anything.

Sigh.
Possibly the most romantic movie ever. Eh-VAH. John Cusack was our ultimate slacker Gen X hero. His characters were oddball, non-conformist misfits with no plans for their future but possessing the dreamy ability to be totally honest and verbal about their feelings of devotion for the women they loved. He was irresistible.
Still is. I know, because I bought Hubby the movie for Valentine’s Day and we immediately sat down to watch it. It was the perfect gift, if I do say so myself, because it was nostalgic, but not sappy AND the movie is chock-full of wisdom; midway through the film, Lloyd’s (Cusack’s) friend admonishes him “You’re not a guy…the world is full of guys. Be a man.”
Lucky me. I married a man…Which is why I’m so darned insistent that he let me buy him a present every now and again. And what’s even better, he’s become more and more the non-conformist dreamboat of my youth as we’ve gotten older.
Here’s why Cusack’s character wants to become a kickboxer;