«   Either locusts or darling angels. Hard to tell, really.
Coughs and Sneezes.   » 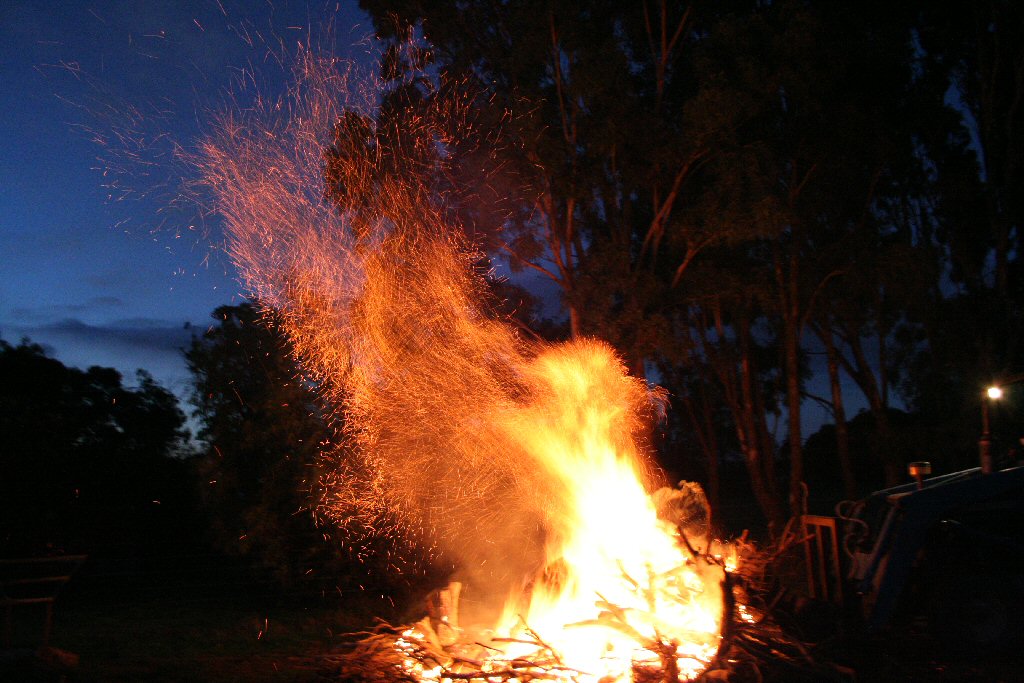 I few months back I remember someone telling me about how our ancestors, when migrating across the most desolate northern climes, would carry a small, lit ember in a pack. Imagine! Imagine the miracle of being able to keep such a precious thing alive. Imagine the faith it took to set out, knowing your life might depend on this small, hidden flame. Imagine the disaster if it was extinguished. Darkness. Oblivion.

I’ve been thinking a lot about that the past few days. The bravery of it. When I was little, one of my favorite winter imaginings was to stand with my back to our home, and look out over the fields. I would pretend that I was lost in the Arctic, surrounded by unfriendly woods, alone in a vast expanse of white. I would stagger forward, growing ever weaker. Wait! Was that the cry of hungry wolves? I would force myself onward but fall, at last, to my knees. Inevitably I died, but not before stretching one small, mittened hand toward the sky, beseeching God, in all his might, to save me.

The news is not good. An ugly, racist fascism is seeking to replace our democracy. Such damage in one week! A self-serving ban on Muslims–suspiciously exempting the countries with whom Trump has business dealings. (“Curiouser and curiouser!” As Alice would say.) Your federal lands can now be sold, turned into Amazon Fulfillment Centers without so much as a public hearing.The woman who may be trusted with caring for our nations school children is against public education, but for child labor. NPR and PBS are on the chopping block, as is the National Endowment of the Arts– those giant cash cows. There is talk of withdrawing from the United Nations–THE UNITED NATIONS!– And we all know what the plans are for health care.

And yet…and yet…Rogue Park Rangers swept in and showed resistance is not only possible, but cosmically hilarious. Gil Scott-Heron was right; the revolution will NOT be televised. It’s happening on twitter, who knew? Millions of women and men joined together in defiance of any roll-back in human rights. Impromptu airport protests sprung up in support of detained immigrants. And closing the White House comment line resulted in mischief and mayhem–thousands of calls to Trump’s hotels and restaurants by citizens determined to be heard. (“Hello, Reservations.” “Yes, I’d like to state my reservations about Trump being President.” Snicker.)

I walk through my neighborhood and note all the signs pledging support and welcome to all. I sit in the warmth of community and listen to my friends commit again and again to compassion. To decency. And I see, amidst all the howling darkness, the glow of each burning ember.

I am so grateful to all of you–everyone who is walking bravely forward into unknown night, determined that the light will not die. It might, you know. Our finer aspirations are so vulnerable, so fragile. I will forever maintain that it is better to fail, protecting that which is kind and selfless and good than succeed, jack-booting in service to violence, ignorance, and oppression. You are changed by what you carry in this life, and those indulging the racist, authoritarian whims of the President and his white-supremacist Puppet-Master, oh, excuse me, “Chief Strategist”, would do well to remember that. (I’m looking at you, Paul Ryan.)

In Winter’s Tale, Mark Helprin writes:
“…justice may not always follow a just act…justice can sleep for years and awaken when it is least expected. A miracle is nothing more than dormant justice from another time arriving to compensate those it has cruelly abandoned. Whoever knows this is willing to suffer, for he knows that nothing is in vain.”

«   Either locusts or darling angels. Hard to tell, really.
Coughs and Sneezes.   »