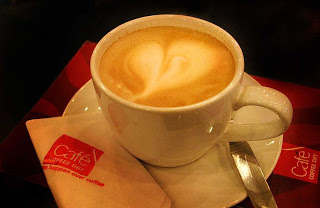 Happily Ever After… thus far, anyways.

People, I am having just one hell of a Monday.

I’m out of clean underwear, I brought two towels to the gym, but no iPod, I changed purses, which means I am currently without phone or makeup. Every turn I made on the way to work led me to road construction or placed me behind a school bus with its flashers on and I think I forgot to brush my teeth.

It’s just the Universe’s way of leveling the playing field after yesterday, I guess. Yesterday, Hubby and I celebrated 17 years of marriage. To each other, no less, so let’s call that a win. What we gave each other was the gift of unhurried time.

We prepared the kiddlets in advance, telling them that Sunday was ours, god bless it. Anything that needed to be signed, checked, supervised or otherwise attended to by us needed to be taken care of on Saturday, or it would have to wait. It’s a good thing we warned them early, because the twins in particular had a hard time graphing the concept.

“You’re going to be gone how long?” they asked me, maybe a hundred times.

“I don’t know. Two hours. The whole day. That is the whole point of it, girls. Mommy and daddy are going to do exactly what they want to do, and we don’t know, exactly, what that is.”

Image their confusion when what Mommy and Daddy really wanted to do is sit on the couch, quietly and drink coffee for, like, two hours. Then go for a slow, lope-y run, before sitting down to drink more coffee.

Stand back! The excitement!

Periodically, they would pass through the room, look at us and sadly shake their heads.

Let ’em. I was so darn happy to be able to move at something other than breakneck speed their pitying glances slid right off me.

Off course, I cheated and got Hubby a gift, even though we had agreed not to. But as I told him, it wasn’t a gift so much as insurance.  You see, Hubby has a superstitious fear of our marriage falling apart this year. A superstition he has held since the mid-80s when he and his mom watched a Phil Donahue show on divorce. According to Phil, seventeen was the most common year for divorce. “Yup.” His mom allegedly agreed, “seventeen is hard.” Thus was born a belief which has been bumping around his brain ever since.

Consequently, he has developed these, hmmmm…. not quite neurosis, more like less intense mental tics around the subject of avoiding divorce. One is the love cactus.

Hubby and I started dating right round Valentine’s Day. Now, that’s kind of hard for a guy, right? We hadn’t been dating long enough to actually know if we were or would become a couple, but still, you can’t quite ignore Valentine’s Day when you have a girl you are dating. Tricky situation, that. Roses and candy would have been too much, and also boring, so he bought me a cactus. The LOVE cactus. Well, that’s what we call it now. We still have it and he periodically jokes that if anything ever happens to it…. That’s it. Divorce.

(He has a similar fear of me losing or removing my wedding band, so he really didn’t appreciate the Christmas Eve we were not quite seriously arguing and I jokingly whipped off my ring, lost hold of it and watched in horror as it sailed out the car door into the darkness. A sickening pause. Me: “I was kidding!! Sorrysorrysorrysorrysorry!!!” Lesson? Do NOT mess with the ring.)

This is just a long way of saying that I bought him a back-up cactus. I know. Good, right?

Then it was off to a late lunch and an afternoon showing of Looper, something I really should have considered a bit more if the goal is to avoid divorce. I love movies. Love. And few things more than a good time travel, sci-fi movie especially if Bruce Willis is blowing things up along the way.

Not since the great Bourne Identity Conflict of ’02 have there been such impassioned arguments post-movie. The dashboard thumping, side window rattling debate made me glad of one thing:

It made me glad I bought a back up cactus.